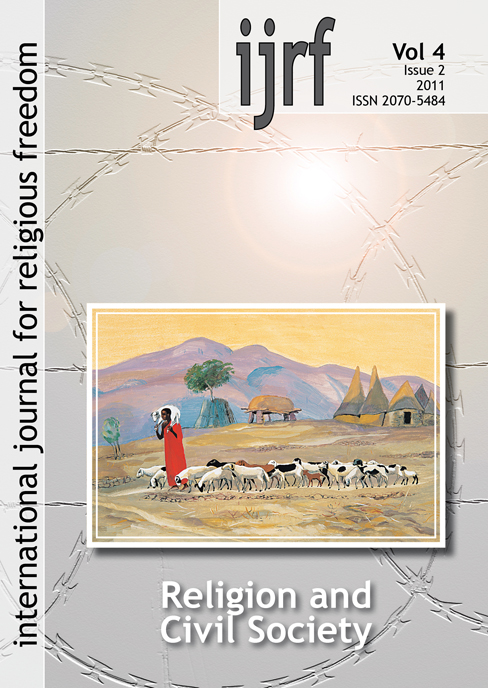 “Civil society” is a concept that dates back to the late eighteenth century, as Silvio Ferrari points out in these pages, and it entered the vocabulary of political philoso-phy largely through Hegel and Marx. But it became newly fashionable following the collapse of communism in Central and Eastern Europe. It emphasizes the impor-tance to freedom of autonomous social groups and institutions below the state and not controlled by it. More recently, it has become controversial and the original meaning diluted by being adopted as the mantle for groups that are sometimes funded and supported by governments and international organizations. This is a significant potential pitfall when confronting problems of church and state. We approach civil society and the relations of church and state from several directions in this issue of the International Journal for Religious Freedom.