Empirical evidence from Mexico and Colombia

The trend of secular intolerance in Latin America has impacted the expression of the Christian faith, manifestations of faith-based views, and even the behavior of Chris- tians. Based on 40 interviews we conducted with Christian members and represen- tatives of the political sector, media, education and church, in Colombia and Mexico, we show that at least a subset of the Christian population self-censors in order not to be affected by legal sanctions or a hostile environment. This self-censorship is the result of a “chilling effect” whereby Christians tend to conform to dominant rules or norms for fear of being sanctioned or criticized.

Teresa Flores is a Peruvian lawyer, with experience in the research and study of religious freedom in the region, and currently director of the Observatory of Religious Freedom in Latin America - OLIRE.

Dr Dennis P. Petri is international director of the International Institute for Religious Freedom; founder and scholar-at-large at the Observatory of Religious Freedom in Latin America; lec- turer at The Hague University of Applied Sciences, the Universidad Latinoamericana de Ciencia y Tec- nología and the Latin American Faculty of Social Sciences (UNESCO); and director of the Foundation Platform for Social Transformation. 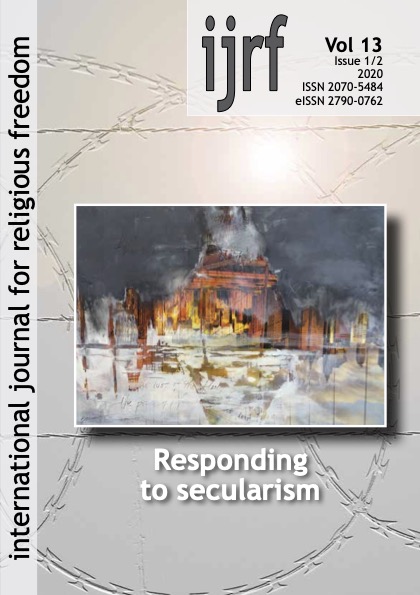